“Christian Henson composes a memorable theme,
that won’t get out of your mind!”

Nowadays, the horror genre in film music is quite possibly the worst when it comes to an interesting, different and mature approach. In most cases, horror film music is between indifferent at best to tragic at worst. A horror film score out of the ordinary that is really good and notable, it is indeed worthy of attention. Such a case in point is the score for the horror film “Triangle” (2009), composed by Christian Henson.

A group of friends go for sailing, but will soon fall into an unexpected storm and face the fury of the sea. Barely surviving out of the storm on their upturned yacht, they are waiting and hoping for some help from another passing ship. Fortunately, out of nowhere appears a cruise ship. Smiles of relief are formed on their faces, as probably they will be able to board. Unfortunately, the moving ship appears to be deserted. No passengers are on board, nevertheless, the group of friends are facing death, one by one.

Jess, the mother of a little boy, is the central character of the story. The composer’s approach on writing the score deals with the mind of Jess. The music works through her own eyes, explaining her side of the story and expresses her own feelings. This translates as follows: the music lacks the slightest intention to frighten with sudden outbursts, as usually happens in horror film music. This king of musical approach constructs and sustains a sense of anxiety and insecurity. Heard notably on the main & end credits of the film is a lullaby (“Lullaby” #1) performed by a female solo voice, joined with a piano and a music box. As Dot Allison’s wordless singing progresses, her voice performance becomes constantly more haunting. The icing on the cake is the bell sound of a ship, which is heard throughout the track. The composer wanted to grab the attention of the viewer from the outset, and ultimately he did succeed.

The introduction of the lullaby on the main title, during the scenes with the little boy and his mother Jess, is really great and resulted in a musical theme beautiful yet haunting and innocent yet sad. Undoubtedly, a wonderful feature of the score and what a marvelous decision on the composer’s behalf, on serving the musical needs of the movie. A single move of major impact that adds many points to the overall musical outcome. Thus, Christian Henson manages to create a certain atmosphere quite from the start, a common yet effective musical procedure in many horror films and especially in this one.

Using synthetic/electronic sounds in horror scores is, of course, nothing groundbreaking. Fortunately, this is a good reason to actually be interested in this particular score, and not the other way around, as it’s commonly noticed on horror scores. When synthetic music is used properly, regardless of the film genre, then you get strong and satisfactory results. Because synthetic sounds, in most cases, should work as an additional instrument to the orchestra. This is an opinion expressed by many of the leading film composers of the last two or three decades. To the synthetic nature of Triangle’s music, add a distinct female voice, a vocal group called Synergy Vocals, and some instruments taken from an orchestra. The shots of the yacht from up above, during sailing, are accompanied by the track “Open Seas” (#4). While starting with the piano in a sweet and lively mode, soon the atmosphere will change and the music is signaling unease. By the end of the track, music will become foggy, preparing the viewer for something bad that’s about to happen. The first images of the cloudy sky, the sign of a coming storm, are accompanied with a cold musical reference, foretelling an unpleasant turn of events and speaking about terror approaching.

The storm did not take long to break out and our heroes are fighting against the waves. The track “Storm” (#3), is a synthetic hum that is deliberately distinguished by chaotic sound. The strings entry contributes a dramatic turn as our heroes risk their lives facing the stormy sea. Vocal effects are heard in various tracks of the score, from Synergy Vocals, giving an absolutely nightmarish feeling, like the beginning of “Accusation” (#8), or an almost religious vibe, that relieves from the chills, as in “The Armoury” (#9). In “The Driver” (#21) the lullaby from the main titles is repeated once more but in a different way, slightly rising the degree of doubt and anguish. This is a second edition of the same theme, a very attractive alternative that brings a closure to the musical journey of the film. Christian Henson’s score for “Triangle” has the luxury of a memorable theme that sticks to your mind and some interesting individual moments. Overall, a score that doesn’t pass unnoticed, either you watch the film or listen to the score out of content.

The tracks that stand out are noted with bold letters 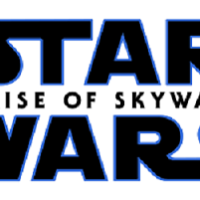