Debney Productions and Costa Communications, in cooperation with Icon Productions, announce the DVD/On-demand release of THE PASSION ORATORIO: A LIVE CONCERT EVENT.  The concert took place at the world-renowned Mosque – Cathedral in Cordoba Spain.  Over 6000 people attended and it was the first orchestral concert performed in the mosque in over 40 years. John Debney created the work to “exemplify the universal ideals of Love, Faith, Hope and Mercy”.

“The Passion Oratorio” features the original concert work by the Oscar-nominated composer John Debney, the film’s lyricist/vocalist/soloist Lisbeth Scott, the film’s flute soloist Pedro Eustache, the Ziryah Choir, and the Cordoba Orchestra under the direction of Kevin Kaska. Other solo performers included tenor Juan Luque and soprano Maria Alonso. “The Passion Oratorio” will be available April 15 on-demand on iTunes, Amazon and Vudu, and available for purchase on Amazon. The release coincides with the 15th anniversary of “The Passion of the Christ” movie release.

“I was so honored to have the Passion Oratorio performed in the Mosque-Cathedral of Cordoba where people of all faiths visit the mosque that was constructed over 1000 years ago”, explains Debney.

“Passion of the Christ” director Mel Gibson praised the composer’s concert work, “John Debney’s musical score for “The Passion of the Christ” enhanced the film’s images to an otherworldly realm.  In his Oratorio, John has gone a step further and expanded his inspiration to a work that transcends its orchestrations to speak straight to the heart and soul, like a prayer”.

The acclaimed composer was inspired by the film and the worldwide acclaim for his score.  “There was such a demand for the music, that I wanted to create a concert work” explained Debney.  His Oscar-nominated Passion of the Christ score and Gold-selling album to the 2004 landmark motion picture event, starring Jim Caviezel, and directed by Mel Gibson remains a worldwide phenomenon as both a film and an album.

John Debney has conducted several performances of “The Passion Oratorio” throughout the world, including the first concert in Rome, Italy.  Following the performance, Archbishop Foley of the Vatican, who was in attendance, blessed Debney and the work.  “As a composer, it was an experience that comes along once in a lifetime to be associated with a film that touched so many people’s lives”, said Debney. To date, “The Passion of the Christ” movie has made over $611 million worldwide.

For more information go to The Passion Oratorio official site. 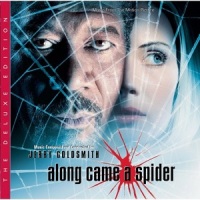 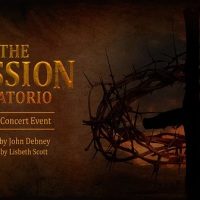