After more than 40 years, Steven Sielberg & John Williams have transformed cinema the its music through their collaboration. Sony Classical had released in the past two collections with film music composed by John Williams from the films of Steven Spielberg, with the composer conducting the Boston Pops Orchestra. After many years since the second one, it is time to release a third film music collection, a newly recorded one called “The Spielberg/Williams Collaboration Part III”.

John Williams is conducting  the Recording Arts Orchestra of Los Angeles, with musical selections from the films Catch Me If You Can, Raiders of the Lost Ark, Minority Report, The BFG, Lincoln, Saving Private Ryan, The Adventures of Tintin, War Horse, The Terminal, Munich, and Indiana Jones and the Kingdom of the Crystal Skull. This new release can be found only digitally separately or with the other two previous releases on CD, entitled as John Williams – Steven Spielberg: The Ultimate Collection.

Listen to the clips of all the tracks of this collection here.

Watch a video with Spielberg & Williams talking about this release and for “Dry Your Tears, Afrika” from Amistad in particular, here. 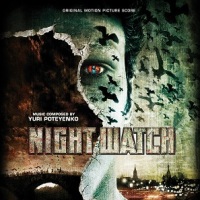